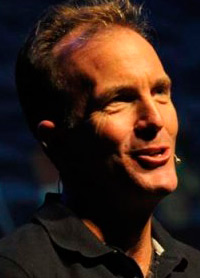 Peter van Kets is one of South Africa’s top adventurers and international conference speakers and has just returned from an unsupported race across Antarctica to the South Pole to commemorate Scott and Amundsens race 100 years ago. As part of a two man South African team they made South African history becoming the first Africans to ever race to the pole. The race was unsupported and covered a total distance of 888km’s in one of the most hostile environments known to man – Antarctica; the highest driest and coldest place on the planet. His story is one of survival, courage, perseverance, passion, loneliness, tenacity, amazing team work and the will to win. In his new talk “Cold Sweat – Impossible is Nothing” he takes his lessons learned from the expedition and relates them to the business environment. It is totally inspirational!

In 2010 Peter van Kets spent 76 days alone in a 7 meter rowing boat crossing the Atlantic. His epic 5438 Km unsupported row across the Atlantic was a first for any African. With this he was awarded the S.A. OutThere Adventurer of the Year 2011.

In 2008 Peter van Kets made his name known in the world of extreme adventure by winning the unsupported Woodvale Trans-Atlantic Rowing Race together with friend Bill Godfrey. With this he was awarded the South African Premiers Award and the Eastern Cape Sports Star of the year (2008) Award.

He is married to Kim (also an extreme endurance athlete) and they have a daughter Hannah.

Hire more Corporate Entertainment - We have South Africa`s BEST Artists.
Hire a Comedian, Master of Ceremonies, Live Bands, Dance Acts, Hire a Magician
We have the very BEST in Entertainment for your function or event.