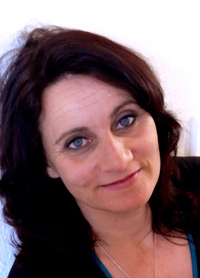 Monique Strydom is known as one of the 21 hostages who was held hostage by Abu Sayyaf rebels for 127 days in the jungle on the Philippine island of Jolo in 2000. Their group was in the hands of murderous terrorists, under continuous attack by the military, had to run for their lives through unforgiving territory, had very little food and water and were subject to many other dangers. The fact that not one of the hostages was killed is seen as a miracle.
Their book, "Shooting the Moon", is a best seller. During the last 9 years Monique Strydom has become known as a philanthropist who has helped thousands of people in need. She has hosted various TV shows and is one of South Africa's top celebrity speakers. She has shared her story with millions of people across the world.

Monique Strydom has received the love and respect, from every day citizens to presidents. Nelson Mandela commended Monique for her bravery and her efforts to help others in need.

Wanting to book Corporate Entertainment We have South Africa`s TOP Artists.
Hire a Comedian, Master of Ceremonies, Live Bands, Dance Acts, Hire a Magician
We have the very BEST in Live Entertainment for your function or event.